Associated Builders and Contractors (ABC) today reported its Construction Backlog Indicator (CBI) fell to 8.6 months during the second quarter of 2017, down 4.1 percent from the first quarter of 2017. CBI is up by 0.1 months, or 1.4 percent, on a year-over-year basis. 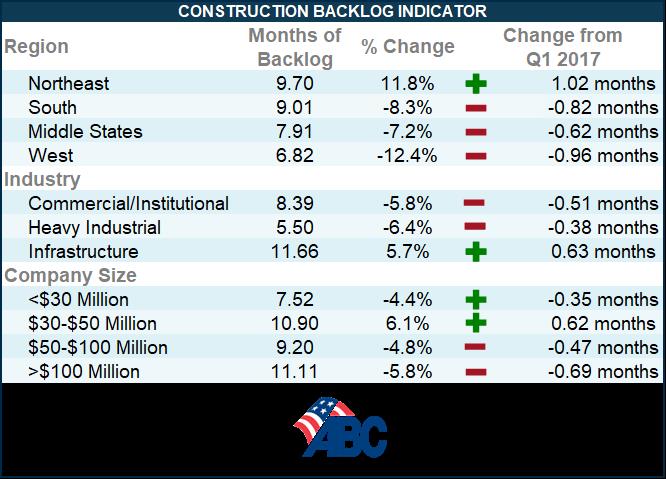 “Construction backlog was bound to return to Earth in the second quarter,” said ABC Chief Economist Anirban Basu. “The first quarter of 2017 saw growing backlog for each and every region, industry and company size, which had never occurred in the eight-year history of the series. It should not be viewed as a surprise that backlog shortened modestly in the second quarter.

“Some contractors had hinted that backlog may become a bit more erratic after the first quarter due to a combination of growing concerns regarding overbuilding in certain sub-markets in certain cities and weak public construction spending in much of the nation,” said Basu. “Still, backlog data remains elevated by historic standards and remains above its year-ago level. The primary implication is that the construction recovery cycle has not yet begun to wind down in earnest.

“With interest rates remaining low, U.S. and global economies improving and plentiful capital available, private construction activity should remain formidable. However, public construction continues to languish, which has placed a ceiling on backlog throughout the current cycle.” 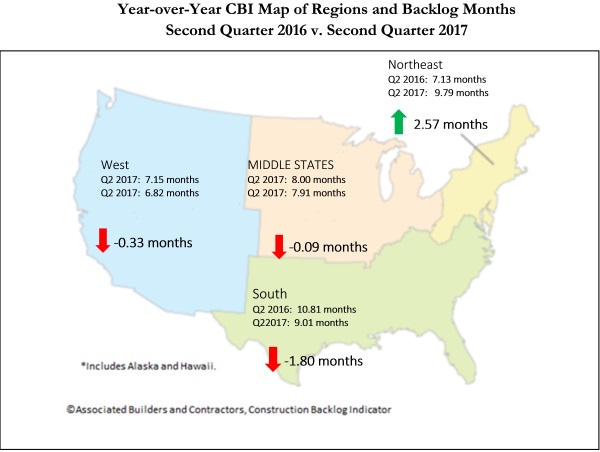