Director at McGregor Industries Appointed to PA Commission for Women 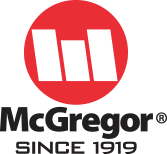 McGregor Industries, a Pennsylvania-based national steel manufacturer, announced that Grace McGregor Kramer, the company’s Director of Strategy and Operations, was appointed to the Pennsylvania Commission for Women by Governor Tom Wolf. Grace, along with 12 other dedicated leaders, were sworn in by Secretary of State Robert Torres at the Governor’s Residence on October 18, 2017.

The Pennsylvania Commission for Women, which was created by Executive Order and consists of volunteer members, is responsible for advising the Governor on policies and legislation that impact women’s lives, interests and rights. As one of 33 total members, Grace was selected to help advocate for policies and legislation that serve in the best interest of women and girls in Pennsylvania. At McGregor Industries, Grace leads several of the company’s high-rise building and stair projects, working with the nation’s largest construction companies across the U.S. Chosen in part due to her role in a technology-first manufacturing company and in a typically male-dominant industry, she brings a unique and highly relevant perspective to the Commission. Grace comes from a long line of political activists and is very passionate about paid family leave, affordable childcare, quality education, and equal rights for all Americans.

“I’m honored to be serving on the Pennsylvania Commission for Women alongside many of the State’s most inspiring women,” said Grace McGregor Kramer, Director of Strategy and Operations at McGregor Industries. “Technology is transforming manufacturing, and it’s exciting to be at the heart of it at McGregor. I’m grateful to have the opportunity to help foster the next generation of leaders in our industry and community, and create more opportunities for women in our State.”

Grace represents the fourth generation of family in the business, which will be celebrating 100 years in business in 2019. Born and raised in Scranton, P.A., she currently resides there with her husband, Michael and her children, Teddy and Virginia. Prior to McGregor Industries, she held business analyst and operational roles at J. Crew and Target. In addition to her role at McGregor Industries, she serves as Vice President of the Scranton Preparatory School Alumni Board of Governors, as well as Marketing Chair for Heritage Valley Partners. She is a 2010 graduate of the Wharton School at the University of Pennsylvania.