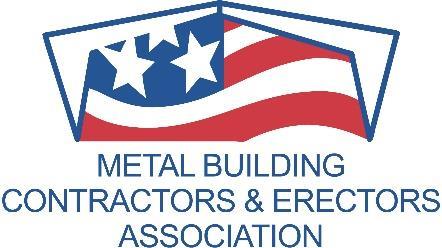 The Metal Building Contractors and Erectors Association (MBCEA) announced it grew to 500 members in December. Membership in MBCEA, founded in 1968, consists of metal building and roofing contractors and erectors, industry representatives that provide products and services, and their regional representatives.

“When I came on as MBCEA president in May 2018 I set a goal of reaching 500 members before the end of the decade,” said Keith Wentworth, who stepped down as president at the end of 2019. “I am excited to say we reached that objective with just a couple of weeks to go. This effort really started in 2012 when then-president Gary Smith got the ball rolling with a focus on expanding membership, and I am proud to leave the association in such a great position.”

“I would like to thank all the manufacturers, suppliers, contractors and erectors who have spread the word about MBCEA membership,” said Sasha Demyan, MBCEA executive director. “By allowing us to participate in builders’ meetings, increasing member benefits with training and education at the local level and participating in MBCEA functions all of these companies and people helped us to meet our goal of 500 members.”