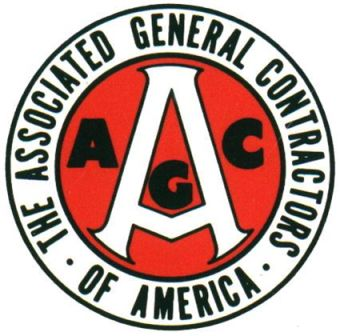 A growing number of contractors have reported impacts on building projects and products from the coronavirus outbreak. An online survey AGC conducted March 17-19 drew 909 respondents, of whom 28% answered “yes” to the question: “Has any owner, government agency or official directed you to halt or delay work on any projects that are either active or expected to start within the next 30 days?” In addition, 11% replied “yes” regarding projects they were expecting to start more than 30 days from now. Respondents reported various causes for project delays or disruptions: shortage of materials, equipment or parts, 16%; shortage of essential craftworkers (including subcontractors’ workers), 11%; shortage of government workers (whether to issue permits or certificates of occupancy, or to conduct inspections or lettings, or to make project awards), 18%. About 22% of respondents said suppliers had notified them or their subcontractors that deliveries will be late or cancelled. Readers (including previous respondents) are invited to visit https://www.agc.org/coronaviru… for a wide range of resources and a link to take AGC’s updated survey.

Data reports released last week do not reflect impacts of the pandemic but provide some indication of the state of the industry heading into the crisis. The reports were mixed but generally showed continued growth from a year earlier.

Housing starts (units) in February decreased 1.5% at a seasonally adjusted annual rate from January but soared 39% y/y from February 2019, the Census Bureau reported on Wednesday. Multifamily (five or more units) starts slumped 17% from January but jumped 44% y/y, although the data are typically volatile and often substantially revised in later months. Single-family starts increased 6.7% for the month and 35% y/y. For the first two months of 2020 combined, total starts surged 35% compared to January-February 2019, with multifamily starts up 74% and single-family starts up 21%. Residential permits slipped 5.5% for the month but gained 14% y/y. Multifamily permits declined 20% and 5.0%, respectively. Single-family permits rose 1.7% and 23%. However, the coronavirus epidemic appears certain to cause a huge drop in all residential construction for the next several months, despite a drop in mortgage interest rates.

The Architecture Billings Index climbed in February to a 13-month high of 53.4, seasonally adjusted, from 52.2 in January, the American Institute of Architects reported on Wednesday. The index measures the percentage of surveyed architecture firms that reported higher billings than a month earlier, less the percentage reporting lower billings. Any score above 50 (on a 0-100 scale) indicates an increase in billings. Scores (based on three-month moving averages) topped the breakeven 50 mark for all practice specialties: residential (mainly multifamily), 53.5, up from 51.9 in January; institutional, 52.8, up from 52.0; mixed practice, 52.7, up from 52.4; and commercial/industrial, 52.4, down slightly from 52.5. “‘However, firms were just beginning to feel the impact of the dramatic slowdown caused by COVID-19 as this survey was being conducted in early March,’ said [chief economist Kermit Baker.] ‘The rapid pullback in activity throughout the economy will obviously be felt in the design and construction sector, and architecture firms will be one of the first to see how these events play out.”