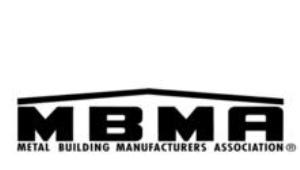 The members of the Metal Building Manufacturers Association (MBMA) join in remembrance of Dr. Duane Ellifritt who, at the age of 82, passed away on January 22, 2018. He is survived by his wife, Joyce, and loving family.

Dr. Ellifritt was the first Director of Research and Engineering for the Metal Building Manufacturers Association (MBMA). He served in that position from 1975 until 1984, where he helped formulate and administer some ground-breaking MBMA-sponsored research at several universities. Most notably, he administered the wind tunnel research on low-rise buildings at the University of Western Ontario that is still the cornerstone for wind loads used today in building codes throughout North America. He also represented the metal building industry at codes and standards meetings all over the country.

Dr. Lee Shoemaker, the current Director of Research and Engineering, remembers his friend and colleague. “Duane was such an inspiration to me, especially the way he carved the new position he took at MBMA into a leadership role for the industry. But I will best remember him for his love of life—combining art, engineering and teaching in a way that touched so many people and helped shape our lives.”

Dr. Ellifritt got his start in the metal building industry by working at Armco for 10 years after he earned his B.S. in engineering from Marshall College in 1957. Armco was one of the founding members of MBMA. Coincidentally, the first Technical Committee meeting of MBMA took place just a few months before Dr. Ellifritt went to work for Armco. He left Armco to earn his Ph.D. at the University of West Virginia under the mentorship of Dr. Larry Luttrell who is well known for his research on steel decks.

After receiving his Ph.D. in 1970, Dr. Ellifritt, taught at Oklahoma State University for five years before taking the job at MBMA. After serving the metal building industry so admirably for nine years, he started to miss the classroom and decided to return to academia by accepting a distinguished endowed faculty position at the University of Florida. He taught and guided young engineers there, starting in 1984 and retiring as an emeritus professor in 2010.

Dr. Ellifritt was an accomplished artist and enjoyed his creative side throughout his entire life. He always traveled with his sketch book and would compose his favorites into beautiful watercolors. His home and art studio are wall-to-wall with original vignettes of his observations of life, especially with his interest in bridges and other structures. In 2006, he was recognized for his lifetime achievements in structural engineering and the arts with the prestigious George Winter Award from the American Society of Civil Engineers. In 2013, Dr. Ellifritt was inducted into the Metal Construction Hall of Fame.

Among his many contributions to the steel industry, some of the most lasting impressions are: